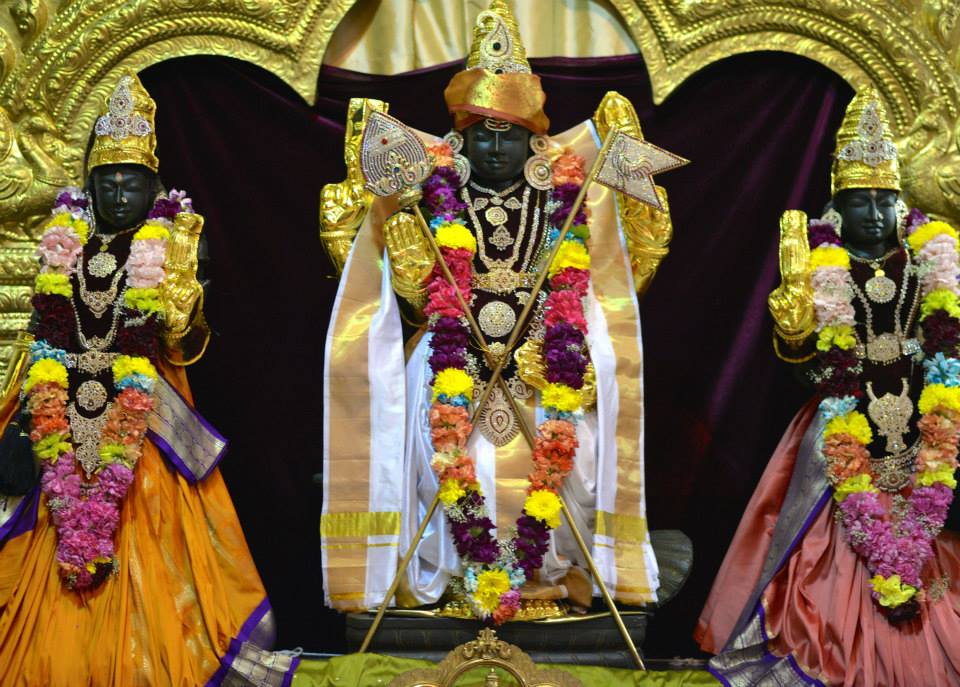 Lord Subramanya (also known as Karthikeya)is the son of Lord Siva and Goddess Parvathi. Lord Subramanya was born out of six sparks from the third eye of Lord Shiva to destroy demon Soorapadma. Lord Subramanya has six faces and rides a divine peacock. His expression is of supreme intelligence and leadership. Traditionally he is believed to be the commander in chief of the devatas or the angels. He has “Vel” (spear) as his symbolic weapon. It is the source of all knowledge, dispels ignorance and bestows wisdom!