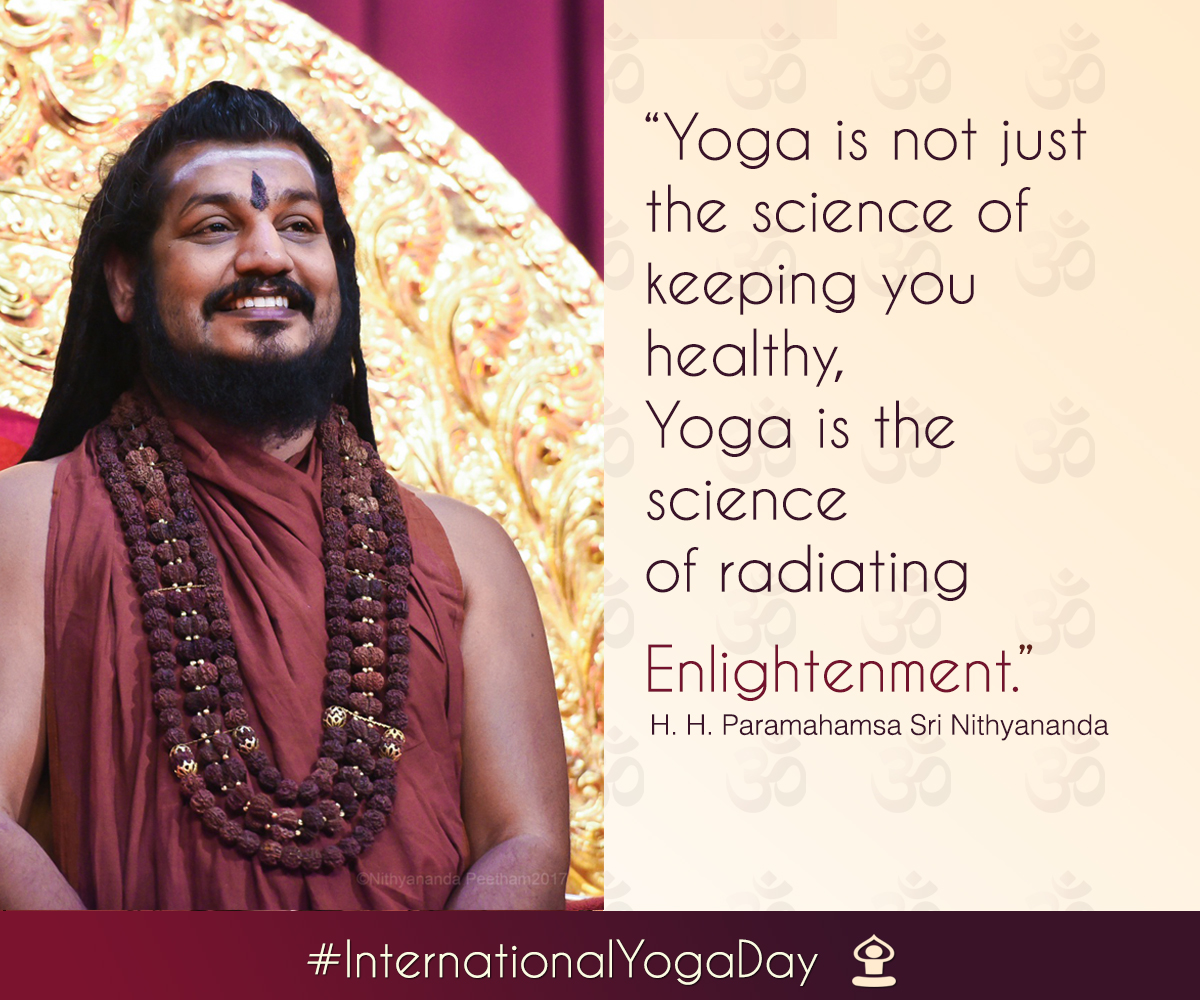 Do you like yoga, but searching for the real, authentic yoga that’s rooted in its ancient past?

Do you feel yoga has become too diluted, commercialized, and strayed far from what the ancient Rishis

(enlightened sages) intended it to be?

THE FUTURE OF YOGA… IS HIDDEN IN ITS PAST!

Powers (Shaktis). Yoga evolves you from human to superhuman. From conscious to super-

awakened Third Eyes, who have evolved their body and mind to display extraordinary powers.

Get your free copy of the most significant book on Yoga since the original Yogic scriptures by Sadashiva:

“Nithyananda Yogis” – to be released on Yoga Day to all participants.

==&gt; Signup here for the webinar and book release